The Skiathos National Airport was built in 1972. As Skiathos is a very small island, to build it the main Island of Skiathos had to be extended over to the island of Lazareta, a small island that used to be separate from Skiathos. The airport is fairly basic and very small. The largest plane that can land on the runway, measuring just over 5300 feet (to put this into perspective Gatwick Airport has two run ways which are over 10,000 feet) is a Boeing 757-200.

Landing at the airport is an experience to say the least. The video below, courtesy of thegreatflyer channel of YouTube

The flight home takes about 45 minutes to 1 hour longer than the flight to Skiathos. The reason for this is the runway. Whilst the runway is long enough to land on and take off of, it is not long enough to take off with much fuel on board. When you take off, you wont be in the air very long before you land, normally on mainland Greece to fill up with fuel for the trip back.

In terms of facilities at the airport, they are very basic. There is a shop selling basics but it is a lot more expensive than elsewhere, even for water. There are a few restaurants near the entrance to the airport if you do need a bite to eat.

If you do get to the airport early it is well worth going out to he end of the runway to watch a plane come in. It is a very good experience. 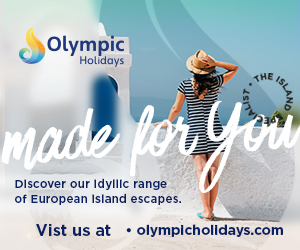